Despite what many people think, asbestos is not a man made material but rather a naturally occurring mineral which is found in the ground. The mineral was mined all around the world but mainly in large quantities in Canada, Russia and South Africa.

In the 1950s, 60s & 70s, asbestos was considered a Wonder Material because of its properties, and thousands of tonnes were imported for use as a building materials.

Asbestos takes its name from the Greek language and roughly translated means ‘inextinguishable’. This name is just one of the many properties which made asbestos so useful in building materials. 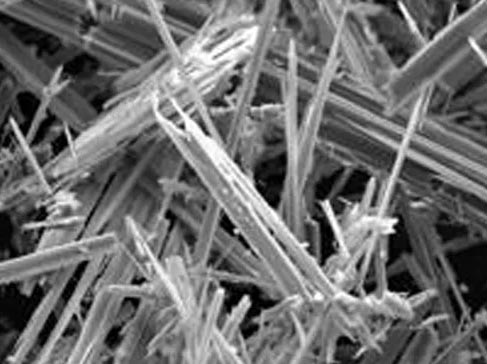 Because asbestos is often mixed with another material, it’s hard to know if you’re working with it or not. However, if you work in a building built before the year 2000, it’s likely that some parts of the building will contain asbestos. Sadly due to the large quantities that were in building materials, around 4000 people each year die from asbestos related diseases, this is predicted to rise upto 10,000 people making asbestos the single biggest workplace killer in the world.