Back in its hay day, Asbestos was regarded as the “miracle fibre”. It was used in so many places where it definitely wouldn’t be used today—such as Hollywood film sets, and appeared in one of the most iconic movies of all time, “The Wizard of Oz”.

Even though the health risk of using Asbestos was known, filmmakers were using Asbestos as snow in their film sets. It was fire retardant and, close up, looked like the real thing with its fine, pure white crystals, it was enough to convince the audience that it was real snow. “Unusual Weather We’re Having, Ain’t It?”

Just picture it, the “Wizard of Oz” was one of the most popular films of the 1930s, and on broadcast TV. During the scene where Dorothy and her friends are in the poppy fields, deep in slumber, the Good witch of the South, Glinda, breaks the spell by sending a snow shower.

With zero CGI effects, a bucket load of snow was needed to make the scene realistic. Snow pours all over their heads, and on the ground, waking them up from their slumber and breaking the spell. It certainly does look realistic.

And the white stuff all over Judy Garland? Pure 100% Asbestos, in chrysotile form, which makes it even more dangerous than, say, the Asbestos found in building materials.

It wasn’t just the snow that was Asbestos either. The entire Scarecrow’s costume was made of Asbestos, and the wicked witch’s broom too. 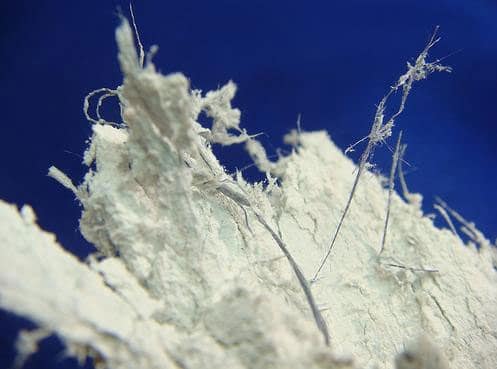 Asbestos was used because of its properties. You see, close up, it looked like the real thing, and it was flameproof. The initial idea was to use cotton until a firefighter on set commented on how dangerous it was using a material which could help a fire spread.

We probably need to appreciate that, even though Mesothelioma has been described in medical literature since 1870, the first suspected link between Asbestos and Mesothelioma appeared in the UK in 1935. It took until 1960 for a definite link to be found and proved.

Exposure to Asbestos is responsible for up to 9 out of 10 mesothelioma cases.

So in the world of movie-making, Asbestos snow was common and found not only on film sets but also on Christmas decorations. 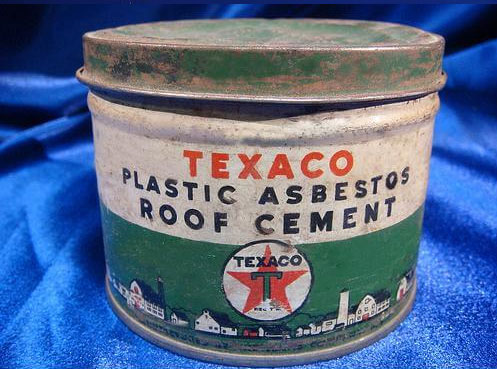 Asbestos’s properties made it instantly desirable. It was used worldwide in construction materials, and even in fabrics to make them fire retardant – which was especially common practice during World War II. In the building industry, Asbestos was used in many materials and nearly every house and building constructed between 1950 to 1970 contained some form of Asbestos-containing material. (ACM). Sadly, Merseyside is considered one of the hot spots for Asbestos Related Deaths. In 1975 alone, Liverpool imported just over 25 thousand tons of Asbestos.

Have a look at this video to see just how Asbestos was revered as the wonder material.

The vision that Asbestos was safe to use was kept alive by the large building corporations who had something to gain by keeping demand levels high. Evidence of its health hazards was suppressed, and even scientific evidence was corrupted in order to promote doubt about its damage to the respiratory system.

The use of Asbestos was so widespread globally, that to simply eliminate it overnight was an impossible task. Most of the buildings constructed between 1950 and 1975 contain Asbestos, and the building industry had taken many steps to prolong its use, despite knowing its health risks.

Indeed, it has taken over five decades to change the legal landscape, court systems, litigation law, and international policies to stamp out Asbestos and we are still dealing with the fallout today. Thankfully the UK government brought out the Control of Asbestos Regulations, which has doubtless saved thousands of lives.

Unfortunately, even with this specific legislation in place, asbestos still remains the biggest killer in the UK workplace and will do for many years to come.