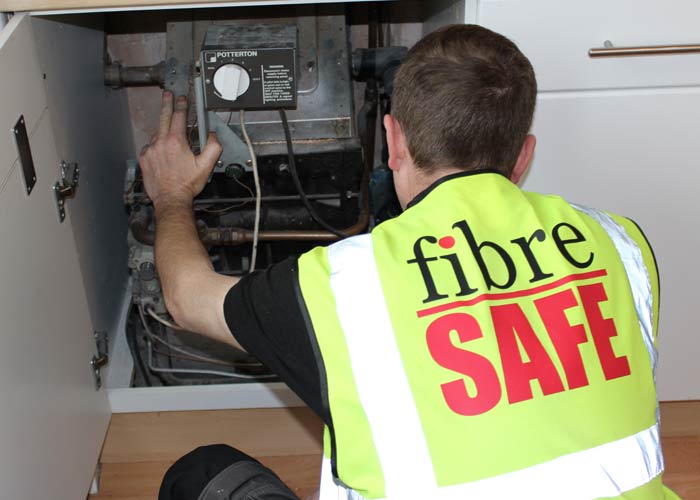 As a company, we are often asked if storage heaters or boilers contain asbestos and if we can specifically identify which models do. When you have worked in the industry for a long time, you do tend to form a good idea of which brands and models contain asbestos, and there are several lists available on the internet which will highlight the units.

It should be noted, however, that this list is not exhaustive, and we have seen units with the asbestos removed and then put back together.

A lot of the older storage heaters will contain internal asbestos components, especially those from the 1950s to mid-1970s.

Here is an example of some AIB found during our survey, which was used as packers on the feet of the storage heaters. 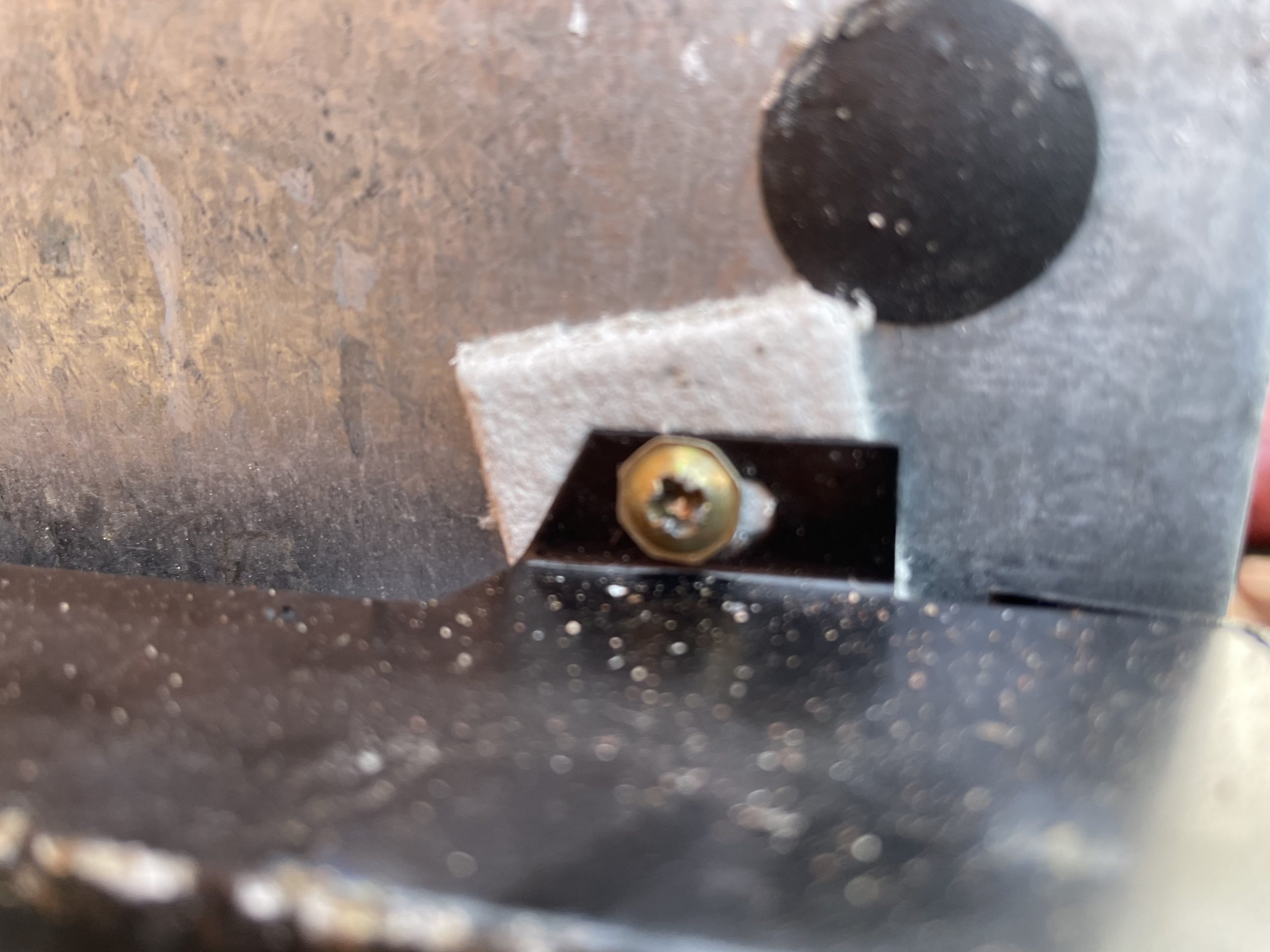 These packers aren’t obvious, and, in most cases, you would need to strip the heaters down to find the hidden components. In addition to packers, AIB was also widely used as a lining material for these heaters both within the casing or as a plinth for the unit to sit on. As the Amosite asbestos fibres have fire retardant properties, the insulation board was the perfect material to fit into the units. Please remember that storage heaters that contain internal asbestos components do not pose a health hazard unless the units are opened up and the materials exposed.

There does tend to be a big difference in the use of asbestos materials between storage heaters and boiler units. The boilers tend to contain Chrysotile based materials such as strings and gaskets within the internal components. Please see the below for reference, which shows gaskets in situ once stripped down. 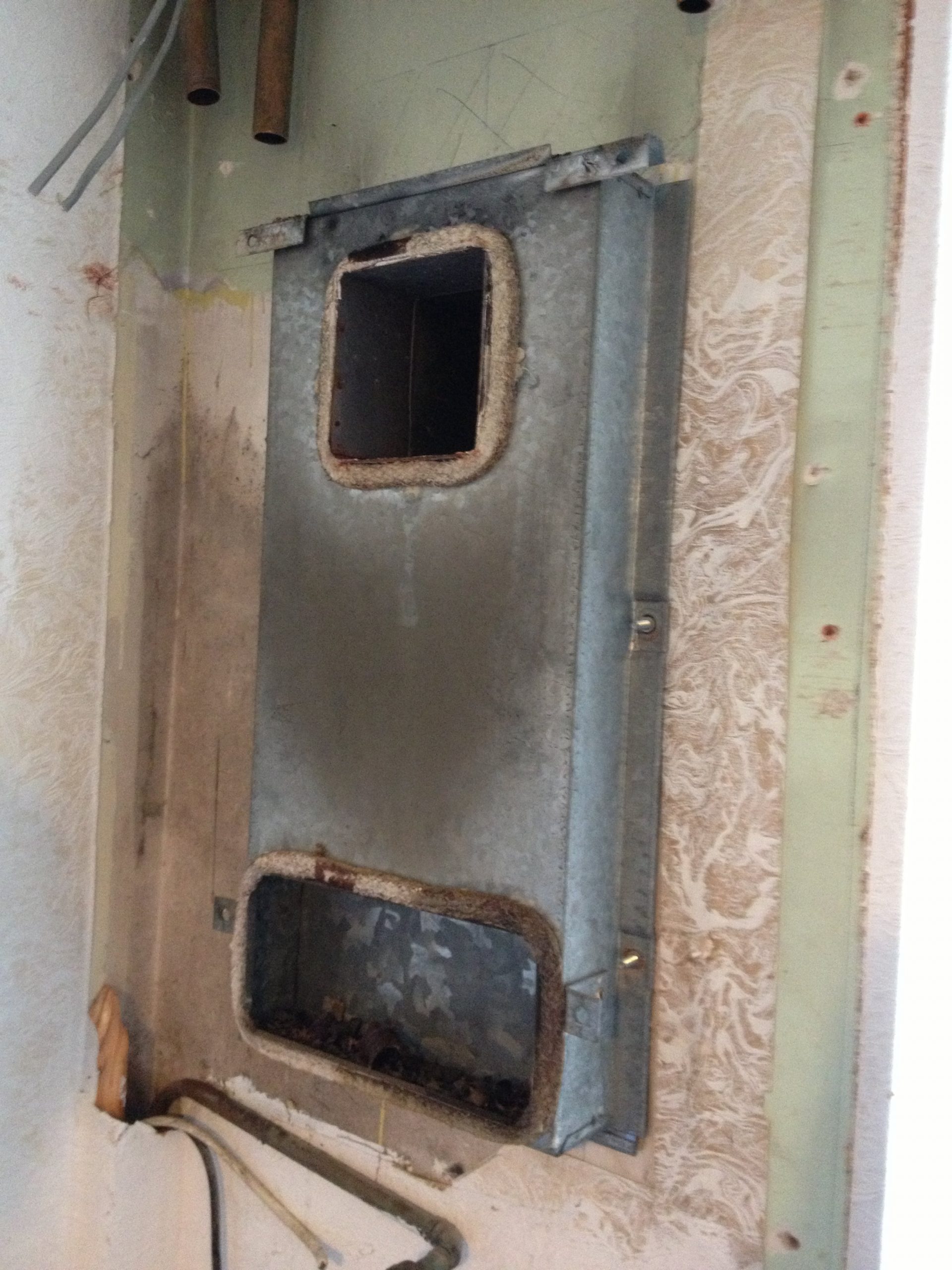 Of course, you can still find AIB boards within the units, both as packers or lining boards, but it is certainly more common in storage heaters (from our experience anyway).

The older boilers from the 1920s to 1960 tend to throw a curveball when it comes to inspections and sampling. This is because they can often be found with thermal insulation applied to the top of the units or at strategic points around the assembly for fire and heat protection. Couple this with lots of asbestos-based internal strings gaskets and a large asbestos insulation board plinth, and you have a pretty dangerous heating system to deal with, which is going to cost a lot of time and money to remove. (14 days’ notice to the HSE and a licensed contractor to undertake the works).

Probably the most revered boiler for an asbestos surveyor is the Robin Hood Beeston boiler that used to provide heating and hot water for decades. This Victorian cast-iron low-pressure boiler was made by the Beeston Boiler Company from the early 1900s to the late 1960s. The boilers were usually situated at the lowest point of the heating circuit, which was often underground, and a combination of boiler and pump was used to send heated water considerable distances inside 4” cast iron pipework. The boilers can pose a minefield for surveyors and removal companies alike. They are often coated with hand-applied; asbestos-based thermal insulation. The oven doors are often lined with 100% chrysotile asbestos string gaskets, as are many of the heating blocks which need to be separated in order to physically remove the boiler from its plinth… and that’s no easy feat! (ask any supervisor).

As well as the heating appliances, the pipework and ancillary components can also contain asbestos. It’s still quite common to find lagging on pipework in schools, churches and hospitals and still very much in use. This is mainly due to the cost of having to removal the material and the guidance from the HSE, which states that asbestos doesn’t need to be removed if it is safe to leave in situ. So long as the client has a good asbestos management system, it should not cause any problems or health effects for the occupants of the building. Believe it or not, there are several types of asbestos insulation for pipework. The first and probably least common is the paper lining. 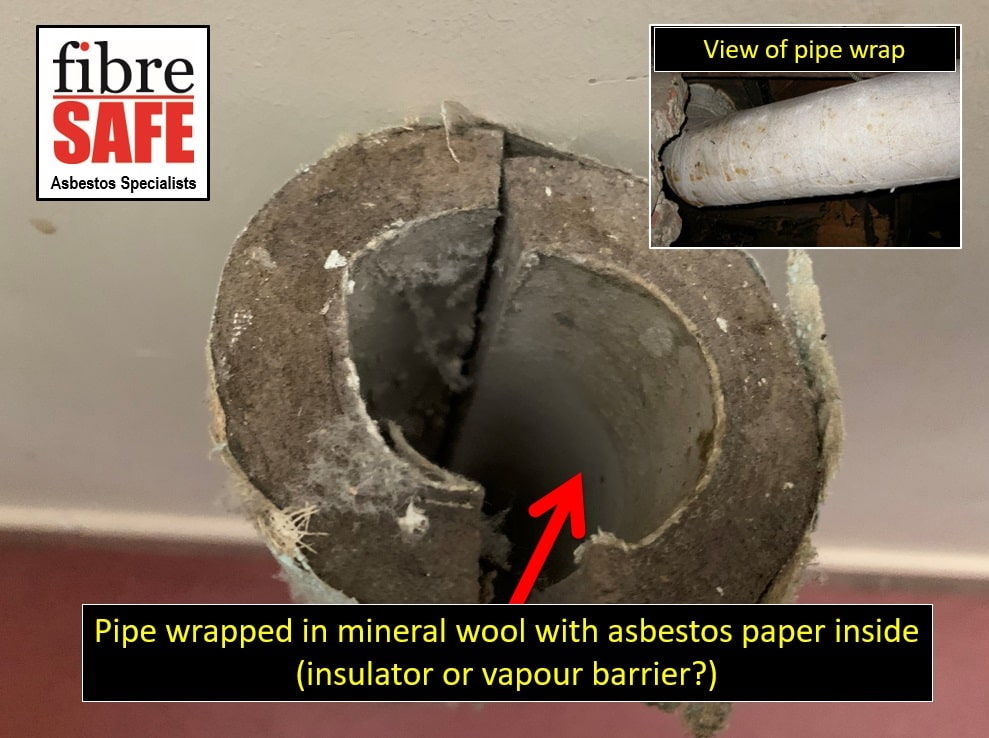 This can often be a troublesome item because it can cause many issues when trying to determine if the material is a licensed product or not. If the surveyor defines the paper barrier as insulation, it can only be removed by an HSE licensed contractor with 14 days’ notice to HSE. If the surveyor defines it as a vapour barrier, then it can essentially be removed by a non-licensed contractor under notifiable non-licensed works.

Our opinion is, of course, always to use an HSE licensed contractor as this material is still high risk and must be controlled properly when it is removed.

The next common type of asbestos is pre-sectional lagging, which is essentially short sections of asbestos applied to the pipes and then secured with bands.

A less common site these days tends to be ‘hand applied’ asbestos lagging, which is often visually less smooth, messier, and comes with lots of residue/snots on the walls around it. 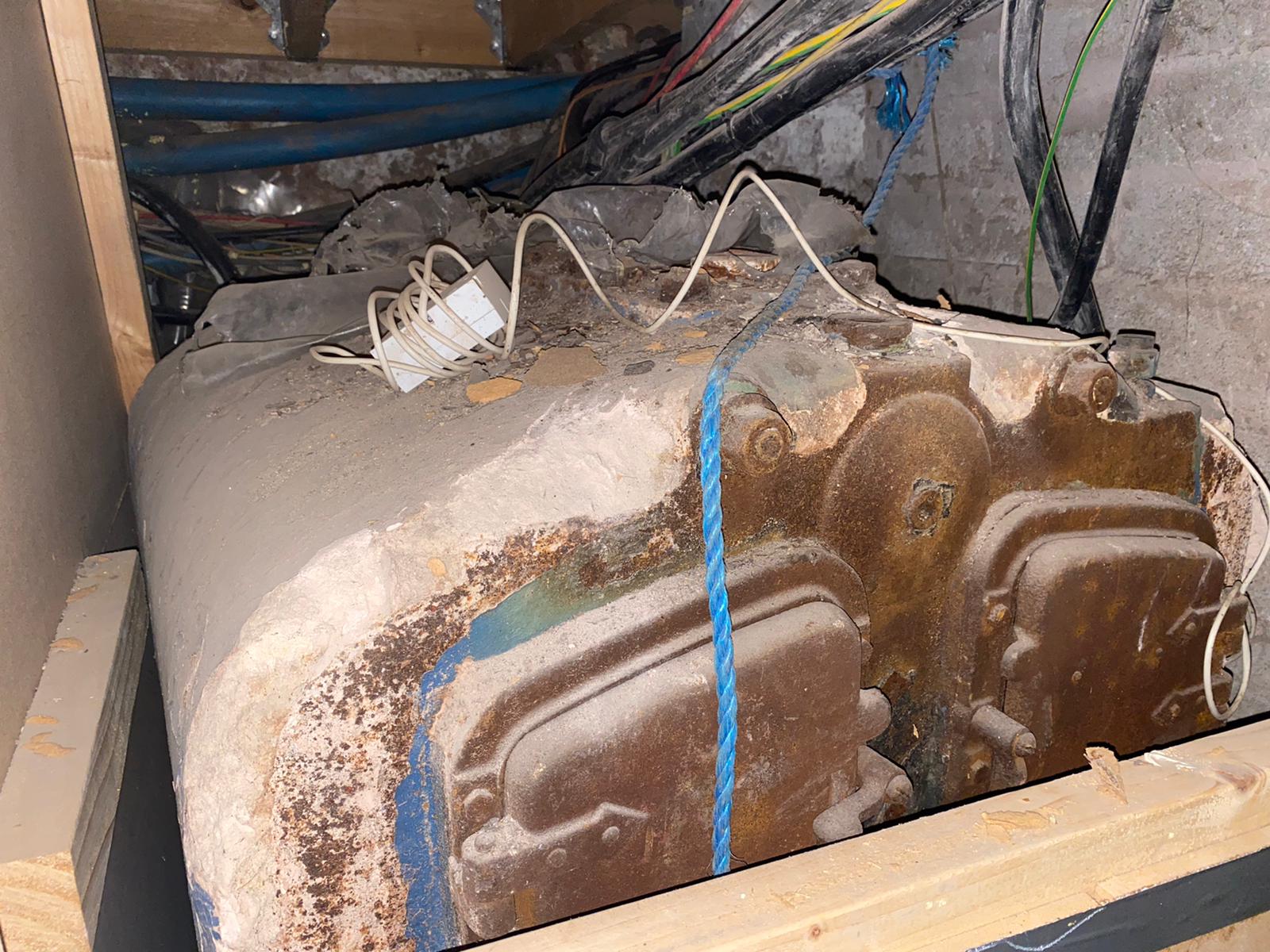 If you would like to discuss any concerns regarding possible asbestos in your home please call Fibre Safe today on: 0800 458 4136 or you can email us direct on: sales@fibresafe.com.

The Demise of Asbestos, how the Carcinogen Gave ‘The Wizard of Oz’ Snow